Skip to content
Loading...
USNMix Report: Oppo F15 will be launched in India today,
see live events like this
Chinese smartphone manufacturer Oppo is about to launch its new smartphone Oppo F15 in India on January 16 today. The launch of Oppo F15 will be at 12 noon today. You can watch Oppo F15’s launching event live on Oppo India’s YouTube channel and Facebook. Talking about the features of Oppo F15, this phone will get an in-display fingerprint sensor. Apart from this, four rear cameras will be available in Oppo F15.
Expected price of Oppo F15
Oppo has not given any information about the price of Oppo F15 but by looking at the features of the phone, it can be guessed that the price of Oppo F15 will be between Rs 15,000 to Rs 22,000. If indeed this will happen, then this phone of Oppo will compete with smartphones like Redmi Note 8 Pro and Realme 5 Pro. The phone will be sold from Amazon India. 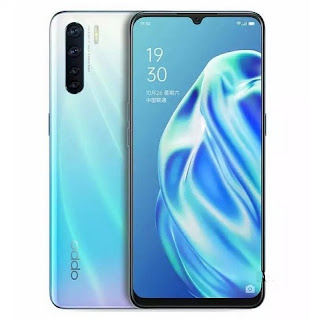 Specification of Oppo F15
The Oppo F15 teaser will be 7.9 mm thin and weighs 172 grams. The phone will have four rear cameras, of which the main camera will be 48 megapixels. Other lenses will be for wide angle, macro lens and portrait.
Battery and Connectivity
The phone will get a large 4000mAh battery which will support fast charging VOOC 3.0. With this fast charging, it has been claimed that a backup of up to two hours will be provided in five minutes of charging. Apart from this, there will be an in-display fingerprint sensor in the phone, which claims that the phone will be unlocked in just 0.32 seconds. Oppo F15 has 128 GB storage with 8 GB RAM
Oppo F15 launched in India, will get 4 camera support
Oppo F15 has been launched in India. There are four rear cameras in Oppo F15. Apart from this, the display with Amoled Waterdrop Notch has been given in this phone. It is being claimed that this phone is thin because its weight is only 7.9 mm. Image stabilization will also be available with the camera of Oppo F15.
Specification of Oppo F15
The phone will get Android Pie 9.0 based Color OS 6.1.2 with dual SIM support. This phone has a 6.4-inch full HD Plus AMOLED display. There is protection of Gorilla Glass 5 on the display. Apart from this, the phone has an in-display fingerprint sensor. Oppo F15 has Octacore MediaTek Helio P70 processor, 8 GB RAM and 128 GB storage.
Oppo F15 camera
Talking about the camera, this phone has four rear cameras, of which the main camera is 48 megapixels. The second lens is 8 megapixels, the third lens is for 2 megapixel depth and the fourth lens is 2 megapixel macro lens. This phone has a 16-megapixel front camera. AI video beautification will be available with the camera. Also, Night Portrait Mode is also available.
Oppo F15 battery and connectivity
The phone will have 4G VoLTE, Wi-Fi, Bluetooth v4.2, GPS, Type-C charging port and 3.5mm headphone jack. The Oppo F15 has a 4000 mAh battery that supports VOOC 3.0 fast charging.
Oppo F15 Price and Offers
The price of Oppo F15 in India is Rs 19,990 and this phone will be available only in 8 GB RAM and 128 GB storage variant. The Oppo F15 can be purchased in lightening black and unicorn white color variants. Oppo F15 will be sold from online store of Amazon India, Flipkart and Oppo from January 24. One time screen replacement facility is available with the phone and there is also a cashback of 10% on HDFC Bank’s card payment.

RBI set up a committee to review ATM Transaction charges