Nov 23, 2019
Loading...
USNMix Report: WhatsApp confesses,
121 people from India have been made victims, hackers entered into 20’s phones.
Facebook-owned app WhatsApp has informed the Indian government that 121 people from India were targeted in hacking by Israel’s NSO group, out of which 20 people had stolen phone data, although the company has not told those whose What are the data stolen from the phone? Explain that the NSO Group has spied 1,400 people around the world through Pegasus Software.
Whatsapp apologized
Recently, sources were quoted saying that WhatsApp has apologized to the government for hacking via Pegasus software. 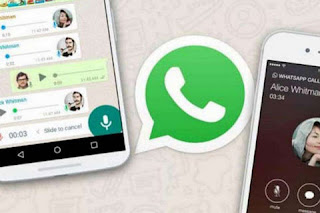 Also expressed confidence that all security measures are being ensured to address the concerns related to it. Sources said that the government had instructed WhatsApp to strengthen its security and said that it will not be tolerated if there is a breach in its security in future.
Spying of 121 Indians
Pegasus spyware was created by the NSO company of Israel and was used to spy around 1400 people. 121 of these were Indians. After the matter came to light, the government had issued a notice to WhatsApp seeking information on the cyber attack. WhatsApp told the government that it had alerted the Indian Computer Emergency Response Team (CERT-In) in September itself.