Mar 19, 2019
Loading...
USNMix Report: PM Modi’s appeal to Ratan Tata and Anand Mahindra,
make people aware about voting.
Prime Minister Narendra Modi has started a campaign to make youth aware about voting. This campaign has started at a time when less than a month’s time is left for the first phase of polling for the 2019 Lok Sabha elections. Through a blog, the Prime Minister appealed to the Indian youth to register themselves for voting and discharge their duties by placing votes. Apart from this, spread awareness amongst people like a responsible citizen in democracy. PM has shared this blog on Twitter too.
Appeals to celebrities through blogs
Sharing this blog on Twitter, he has appealed to the celebrities to make them more aware of voting. He has appealed to all the people related to business, politics, media, sports and film industry to cooperate in this work. 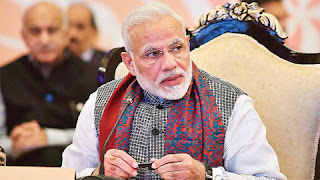 Modi appealed to the people of Tata group’s honorary chairman Ratan Tata, chairman of Mahindra and Mahindra Group Anand Mahindra and Chief Executive Officer of Bombay Stock Exchange, Ashish Chauhan, to Twitter to make them aware about strengthening the country’s democracy.
Lok Sabha elections to be held on May 23
The PM wrote, “Dear Ratan Tata, Anand Mahindra and Ashish Chauhan, India will be victorious when our democracy becomes strong. To strengthen democracy, it is possible to ensure maximum voting in elections. Can we all meet it together? ‘ Significantly, the Election Commission has announced the Lok Sabha elections. Between April 11 and May 19, there will be elections for the formation of the 17th Lok Sabha in different phases across the country. Counting will take place on May 23.
Let us know that the upcoming Lok Sabha elections are to be completed in 7 phases. The first phase will be held on April 11. The final phase will be held on May 19, 2019. Counting will take place on May 23, 2019.