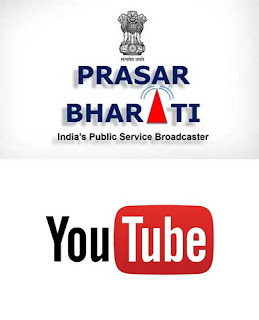 Prasar Bharati CEO Shashi Shekhar Vempati said, “Being it is going to happen whenever anyone will reach YouTube from anywhere in India, whether through YouTube’s website or through the YouTube app, the first thing that he will look up to It will be the news streaming of DD News which will continue to update the results.
He said, “When you click on the said screen on YouTube, it will be the live YouTube channel of DD News. Apart from this, there will also be an option of direct broadcast of regional stations of Doordarshan 14 different languages. “Vempati said that it will give a lot of visibility to the official broadcaster in the counting of votes which is authentic and believable as it has been seen in the past. That there is a lot of disturbances and wrong reporting during the first 2-3 hours of counting.
He said that this is an alliance between Google and Prasar Bharati. He said, “It will ensure that the public broadcaster’s ‘telly’ is visible to any person who has access to YouTube. It is important in relation to the election results in digital form, in different languages and to ensure that the source is the most authentic in India. “
This feature will be active on YouTube on May 23, 2019.