Price and Specification of Best Smartphones under Rs 10000 in India

Nov 4, 2019
Loading...
USNMix Report: These great smartphones are available
for less than 10 thousand rupees, you will get four cameras and tremendous features.
At present, almost every company has smartphones in the Indian market, in which people are getting more than one feature. At the same time, competition among all smartphone manufacturer companies has also increased, due to which the features of premium segment phones are being given in budget phones.
Recently Xiaomi has launched smartphones like Redmi 8 and Samsung M30. All these devices have strong processor and big display. We have brought you the list of latest smartphones priced below Rs 10,000, in which you will get triple and quad camera setup. So let’s know about the price and specification of these smartphones.
Redmi 8
Customers can buy this phone for just Rs 7,999. Talking about the specification, it has a 6.2-inch Dot Notch HD Plus display. Along with this, P2I Splash Resistant and Gorilla Glass Protection have been given for screen protection. For better performance, this phone has a Qualcomm Snapdragon 439 processor. At the same time, the internal storage of this phone can be increased to 512 GB via micro SD card. 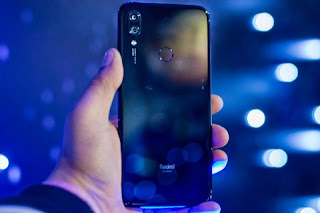 Along with this, users will get a dual rear camera setup, in which 12 megapixel Sony IMX 363 primary sensor and 2 megapixel depth sensor are present. In addition, customers will be able to click great selfies with an 8 megapixel camera.
Infinix S5
Customers will be able to buy this phone with four camera support for just Rs 8,999. At the same time, users will get 16 megapixel primary sensor, 5 megapixel wide angle lens, 2 megapixel super macro and 2 megapixel depth sensor in this setup. At the same time, talking about other features, the company has given a punch hole display in this phone. P22 octa-core processor has been given for better performance.
Realme 5
The company has priced this phone at Rs 8,999. Also, this smartphone has four rear cameras, in which the prime camera sensor is only 12MP instead of 48MP. While the remaining three cameras are 5 Pro only. Which has 8MP ultra-wide lens, 2MP portrait lens and 2MP ultra macro lens. For the selfie, a 13MP camera will be available on its front. Realme 5 has a 6.5-inch HD + minidrop display that comes with Gorilla Glass 3 protection.
Samsung Galaxy M30
Customers can buy this phone for just Rs 9,999. At the same time, this phone has dual nano sim support, Android Oreo 8.1 and 6.4 inch Full HD Plus Super AMOLED display, in which you will get the Nokia. Apart from this, the phone has Samsung’s inhouse Octacore Exynos 7904 processor. The phone’s storage can be increased to 512 GB. Also in this phone, the phone has three rear cameras, one camera is 13 megapixels, which has an aperture f / 1.9, while the second camera is a 5 megapixel default sensor with aperture f / 2.2 and the third camera is also 5 megapixel wide angle. The phone has a 16-megapixel selfie camera.
Motorola One Macro
The company has made Motorola One Macro available for customers at a price of Rs 9,999. Talking about the specification, this phone will get a 6.2-inch HD + display, which has a resolution of 1520×720. Apart from this, MediaTek’s Octacore Helio P70 processor has been given, which is equipped with Artificial Intelligence (AI). At the same time, this phone has a triple rear camera, in which a camera is a 13-megapixel f2.0 aperture. The second lens is for 2 megapixel depth and the third lens is 2 megapixels, which is a macro lens. There is also a flash light with the camera. At the same time, this phone has an 8 megapixel camera for selfie.