Skip to content
Loading...
USNMix Report: First sale of Realme 5s today,
will get 48MP camera with 5000mAh battery.
Realme has recently launched two of its Smartphones in India which include Realme X2 Pro and Realme 5S. Of these, Realme 5s has its first sale on today i.e. 30 November. Realme 5s can be purchased from Flipkart at 12 noon today. Talking about the features of Realme 5s, it has a 5000 mAh battery and in addition it has a 48 megapixel camera.
Realme 5s Price
The starting price of Realme 5s is Rs 9,999. At this price, Realme 5S will get 4 GB RAM and 64 GB storage variant, while Realme 5s 4 GB RAM and 128 GB storage variant is priced at Rs 10,999. Talking about offers, an exchange offer of up to Rs 9,250 is being received on this phone. At the same time, HDFC bank cards holders are getting 10% cashback. 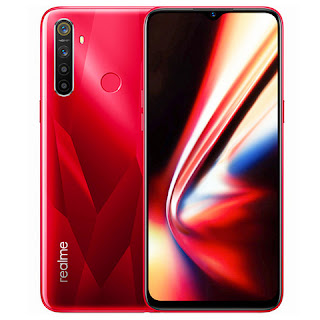 DCC fines on Airtel Vodafone Idea on the complaint of Jio