Jun 7, 2020
Loading...
USNMix Report: Reddit co-founder resigns,
says no black should hold the post.
Alexis Ohanian left the post, demanding a black for the post. Ohanian is the husband of Serena Williams. There was criticism of Reddit a few days ago.
Reddit co-founder Alexis Ohanian resigned from the board of the social network firm on Friday. With his resignation, Alexis has demanded the appointment of a black man to his post. Honoring Alexis Ohanian’s resignation, the company’s CEO Steve Huffman said the company would honor his request. He also said that the company is working on further strengthening its content policy to deal with racist speeches.
Ohanian’s decision to step down comes at a time when there is a widespread movement against racism and police brutality in the United States after George Floyd, an African American. Please tell that George Floyd died at the hands of the police. After Floyd’s death, all social media companies are reviewing their content policy. 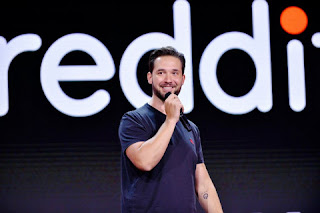 Huffman wrote in a post on Reddit that Reddit’s content policy is weak in combating hate and racism and has slowed down the response to such problems. Current policy is clearly not capable of taking a stance on hatred or racism. He also said that the company is soon to block the ID r / The_Donald for supporters of US President Donald Trump on Reddit.
Earlier last week, Reddit former CEO Ellen Pao criticized Reddit when Huffman wrote a letter to employees. He tweeted that Reddit should stop the platform itself instead of increasing hatred, racism and violence.
Ohanian, the husband of American tennis player Serena Williams, has recently pledged 1 million dollars for Colin Kaepernick’s Know Your Rights Camp. Explain that this campaign is for legal awareness among the youth.