Loading...
USNMix Report: Redmi K30 Pro will be launched today.
Users can get pop-up selfie camera.
Apart from this, Redmi TV will be introduced.
Detailed
Redmi K30 Pro will be launched today with special features, know the expected price. Chinese tech company Xiaomi is about to launch its most special smartphone Redmi K30 Pro today. Prior to launching, several reports related to this phone were revealed, in which information about the price and some features was found. According to the leaked report, users will get support of 30 x digital zoom, HD display and strong processor in this phone. However, the company has not given any information about the launch of this phone in India.
Expected Price of Redmi K30 Pro
According to the leaked report, this smartphone will be available with 8 GB RAM + 64 GB storage and 8 GB RAM + 128 GB storage variants, priced at Rs 39,000 and Rs 43,000 respectively. However, information about the real price and specification of this phone will be found after launching. 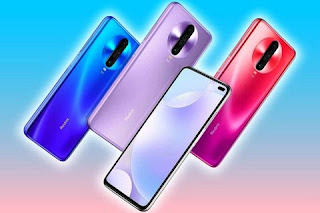 Possible specifications of Redmi K30 Pro
According to the leaked report, the company will give a super amoled display in this phone. Also, users can get support of Qualcomm Snapdragon 865 chipset and 8 GB RAM for better performance in this phone. Apart from this, a liquid cooling system will also be provided for gaming. At the same time, this phone will work on Android 10 operating system.
Redmi K30 Pro’s camera and battery
Talking about the camera, the company will provide a quad camera setup in the rear of this device and a pop-up selfie camera in the front. However, the sensors have not been reported yet. On the other hand, users are expected to get features like Wi-Fi and Bluetooth with strong battery in this phone.