Skip to content
Loading...
USNMix Report: Rolls Royce will be launched the first SUV car ‘Cullinan’ in India,
surprised by knowing the price
Cullinan is the largest diamond found in the world so far. The name of this car is named after him.
For the first time, the Cullinan Sports Utility Vehicle (SUV), worth Rs 6.95 crore, is expected to become a major growth driver for the company in India by Rolls-Royce Motor Cars. According to company officials, a large number of young people are buying Rolls Royce cars, while the average age of shopping for luxury vehicles is about 35 years in this list. Cullinan is the largest diamond ever found in the world. The name of the car is named after him. 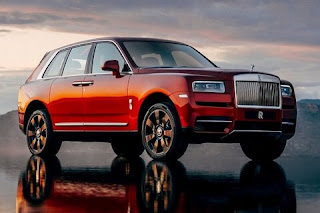 During the unveiling of Cullinan, Rolls Royce Regional Sales Manager (Asia Pacific) David Kim told reporters that the luxury car manufacturer’s customers wanted an SUV and the company came up with a model. He said that the model is expected to be the Volume driver for Rolls Royce. Cullinan is the largest diamond found in the world so far. The name of the car is named after him.
Kim said, “The car is a result of many years of design, development and testing. This vehicle has been tested in all the areas of the world.” While not disclosing how many cars were sold in India, Kim said that the company sold 4,107 cars globally last year.