Feb 21, 2019
Loading...
USNMix Report: Smart feature phones increases in the market,
$ 28 billion expected revenues.
The rising sales of smart feature phones will create opportunities for revenues of $ 28 billion over the next three years. This information is given in the new study of Counterpoint. Counterpoint Research Director Neil Shah said that 30 million smart feature phones are expected to be sold worldwide by the end of year 2021, which would generate much revenue. In year 2018, the biggest contribution made in India in the demand for Smart Feature Phones. 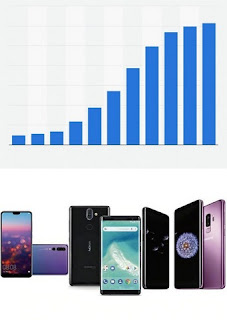