Skip to content
Loading...
USNMix Report: SAMSUNG sold 5 million A-Series smartphones in 70 days,
total cost 7000 crores.
Ranjivjit Singh, Senior Vice President and Chief Marketing Officer, Samsung India, said, “Now we have six models in the A-Series and we are getting a lot of good response from all over the country.”
Samsung has sold A-Series smartphones worth $ 1 billion (about Rs 7,000 crore) within 70 days. It has the goal of achieving four billion dollars sales in India by the end of the year. The company gave this information on Tuesday. In February, this major technology company of South Korea had said that it plans to achieve revenues of $ 4 billion (about Rs 28,000 crore) from its Galaxy A-Series smartphone range in India this year. 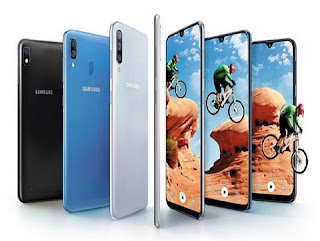 Samsung India’s Senior Vice President and Chief Marketing Officer Ranjivjit Singh said, “Now we have six models in the A-Series and there is a great response from across the country. Our entry level offer ‘A2 Core’ In 70 days we have sold 5 million A-Series phones and we are heading towards achieving $ 4 billion targets.
He said that the company has achieved the goal of selling one billion dollars from A-series in the prescribed period. In the highly competitive Indian smartphone market, Samsung is competing with Chinese company Xiaomi for leadership. The company has said that it will present a new model every month under the A-series market. The company will launch its Galaxy A-80 in the Indian market in the coming weeks and this phone will compete in the premium category.
According to Counterpoint Research, Samsung had 44 percent share in the market of India’s premium smartphone (worth 30,000 rupees and above) in the January-March 2019 quarter. In the quarter, OnePlus had a market share of 26 per cent, while Apple had 19 per cent stake in the said quarter. The remaining 11 percent of the premium segment was the other companies.