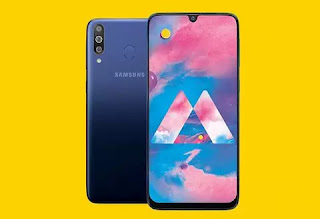 Samsung has launched the Samsung Galaxy M series in a budget segment smartphone to give a tough competition to Xiaomi, Vivo, Oppo and other companies. The company has launched two smartphones – Galaxy M10 and Galaxy M20. Now Samsung will launch the next smartphone Samsung Galaxy M30 on February 27. It is believed that the company has planned to compete with Xiaomi directly through its series, as the company is launching the Galaxy M 30 in the Indian market just a day before Xiaomi Redmi Note 7. Samsung India told the official Twitter account that the Samsung Galaxy M30 will be launched on February 27.
Specific Features of Samsung Galaxy M30
Before the launch, many of the smartphones have come to this smartphone. According to report, the Samsung Galaxy M30 has a 6.4-inch FHD display. The display comes with 1080×2280 pixels, which is completely vibrant. The display can also be used well in Sun light. The company has given an octa core processor in this phone which runs on Android 9. The Samsung Galaxy M30 has 4 GB of RAM and 64 GB internal memory. You can extend this memory to 512 GB via card slot. This smartphone has a powerful battery of 5000 mAh for backup.
Special phone for photography
The company has given triple camera setup in the rear of the phone. There are 13, 5 and 5 megapixel cameras. The 13-megapixel camera comes with 1.9 aperture which will give better performance in low light. With this, the 5 megapixel secondary sensor comes with 2.2 aperture. Galaxy M 30 for Selfie will have a 16-megapixel sensor with 2.0 aperture.
This will be special offers
Let us tell you that this phone will be given cashback and 240 GB data up to 1800 rupees to Airtel users. This offer will be valid when users recharge from Rs 199, Rs 249 and Rs 448. This offer is valid only for Airtel prepaid users.