Nov 23, 2019
Loading...
USNMix Report: Samsung Galaxy S10 Lite will be launched in December,
support for fast charging feature.
Korean company Samsung is known all over the world for its devices. Also, people have also liked the company’s Galaxy range. This is the reason why Samsung has continuously launched the great smartphones of Galaxy. A recent report has revealed that the company is soon to launch the Galaxy S10 Lite in the Indian market in December.
Earlier, several reports related to S10 Lite were leaked, in which the price and specification were revealed. Let us tell you that this phone has also got the US FCC certification. At the same time, Galaxy A 91 was introduced before the Galaxy S10 Lite. 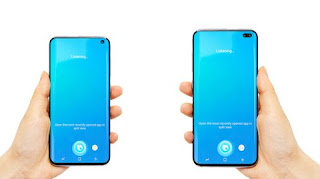 The S10 Lite model number SM-G770F has been reported from the US FCC certification. Earlier this phone has also been spotted on ANATEL of Brazil. Three screenshots of this device are visible in the certification. It has been shown that users will get dual sim support in S10 Lite. According to media reports DC 11V; The presence of 4.05A power output will give super fast charging feature.
Potential specification of Samsung Galaxy S10 Lite
According to the leaked report, the Galaxy S10 Lite will work on the One UI 2.0 operating system based on Android 10. Qualcomm Snapdragon 855 processor and eight GB RAM can be supported in this phone for best performance. Apart from this, users will get a 6.7-inch full HD display.
Samsung Galaxy S10 Lite Camera
Talking about the camera, the company can offer triple rear camera setup in this phone, which will have a 48 megapixel sensor, 16 megapixel wide angle lens and 5 megapixel depth sensor. On the other hand, customers are expected to get 32 megapixel front camera. At the moment, the company has not shared official information about the launch of this phone.