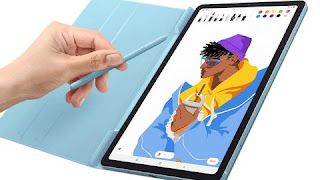 Possible specifications of Samsung Galaxy Tab S6 Lite
According to media reports, the company will present this tablet with S-Pen. Talking about the features, users can get 10.4 inch TFT display, four GB RAM, 64 or 128 GB storage, Exynos Octa-core processor and strong battery support in this tablet. However, other features have not been reported yet.
Samsung Galaxy Tab S6 information
Samsung launched the Galaxy Tab S6 in India last year. The starting price of this tablet is Rs 52,999. Talking about the features, the company has supported 10 inch display, 7,040 mAh battery, in-display fingerprint, six GB RAM, 128 GB storage and Snapdragon 855 processor in this tablet. Apart from this, users have got features like Bluetooth 5.0, Wi-Fi, 4G VoLTE, GPS and USB port Type-C for connectivity in this tablet.

Tariff Plan of all Telecom Companies from 1st December