Samsung S series smartphone will launch by March in India

Feb 14, 2019
Loading...
USNMix Report: Samsung Galaxy Series can be launched in India on this date,
Learn Price and Features.
Very soon the Samsung Galaxy S10 is going to launch. The e-commerce website Flipkart has released the teaser of this smartphone. Samsung is going to launch three smartphones under the S series. Launching event is scheduled to be held in San Francisco on February 20. On February 20, the Galaxy S10, S10 + and S10e will be launched. Media reports are also claiming that the wireless earphones Galaxy Buds and Galaxy Watch Active will also be launched at this event. It is expected that this smartphone will be launched on March 6 in the Indian market and its sales will begin on March 15. 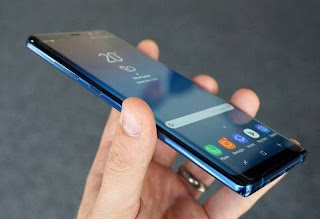 According to a report, Galaxy S10 Lite costs Rs 50,000, Galaxy S10 costs Rs 65 thousand, Galaxy S10 + can be around 75 thousand rupees. Galaxy S10+’s top variant can be up to Rs 1 lakh.
Speaking of the feature, all models will have Snapdragon 855 processors. These smartphones will work on one UI developed by Samsung, which is based on Android Pie. The battery will be between 3000mAh to 4000mAh. The display will range from 6.11 inches to 6.44 inches. Triple Rear Camera Setup has been setup in all three smartphones. For the selfie, there will be a punch hole camera.