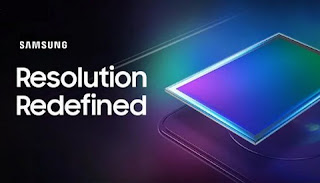 But the question is, do you really need so many megapixels? Camera experts have doubts as to whether a typical smartphone user or an emerging photographer will take a 108-megapixel photo. Because, with so many megapixels, the resolution of the images will be much higher. So much resolution pictures occupy a lot of space in the phone’s memory.
However, Samsung also thinks about that. This camera sensor also captures high quality 27 megapixel images. In this case, the combination of 4 pixels will be made of one pixel. This may reduce the resolution of the image. But, the picture will have more details. Samsung says that it will be possible to take good photos even in low light.
Not only that, Samsung’s new sensor has “Smart-ISO” technology. This will allow the sensor’s ISO to be automatically controlled in more or less light.
The company has not yet revealed which phone will use the108 megapixel camera on Samsung or Xiaomi. However, the sensor is quite large in size. The camera sensors, about 1-1.33 inches, need a bit of space on the back of the phone.
According to the tech website One Tipster, the Xiaomi Mi Mix 4 – this can be used with a 108 megapixel camera sensor. Samsung said business production will begin next month. In that case, this camera is expected to come to market with sensors within a year.