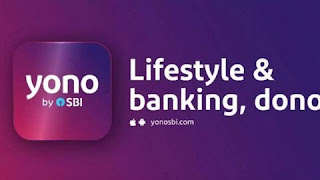 The SBI YONO app was launched about two years ago. State Bank of India has launched a new app to encourage customers to take digital transactions. More than 100 million YONO apps have been downloaded to the Google Play Store. However, most customers still rely on debit cards and cash for transactions. The SBI decided to take a new look. SBI has decided to issue a debit card in the near future. Instead, SBI will facilitate cash withdrawals and transactions through the YONO app.
Chairman Rajneesh Kumar said, “In the next five years there will be no need to revolve around plastic cards in pockets. All services will be on smartphones.” He said the emphasis would be to stop the use of debit cards and increase the circulation of the YONO app. Customers can make money through ATM YONO app. State Bank of India wants to emphasize the use of YONO app in making purchases.
The SBI has announced a reduction in interest rates on loans before the festive season. Not only that, it is possible to apply for a loan through the YONO App. SBI customers can get personal loan in just four steps through the app on the phone. SBI announced on Monday that it would also exempt home and car loans if applied through the YONO app.
SBI has already created around 3,000 YONO cashpoints. The State Bank of India plans to create about one lakh YONO cashpoints in the next one and a half years.