Apr 1, 2019
Loading...
USNMix Report: First district in the world, where the 5G service started,
is 100 times faster than 4G download speed.
Shanghai a city of China on Saturday claimed that it has become the first district of the world with 5G coverage and Broadband Gigabit Network. 5G Next Generation’s Cellular Technology where 5G is a 10 to 100 times faster download speed than 4G.

In the case of China 5G, the United States including the world has been struggling to overtake the world. According to China’s official newspaper China Daily, Shanghai has claimed to be the world’s first district with 5G coverage and Broadband Gigabit network. 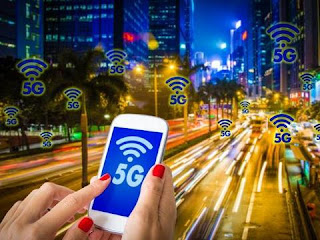 Started in Hong Kong, Shanghai
According to the report, testing of 5G networks was supported by Chinese mobile telecommunications company China Mobile. Its official operation was started on Saturday in Hong Kong, Shanghai. In order to ensure fully coverage, there were 5G base stations being installed for the last three months. China Daily said that the Vice-Mayor Wu Qing of Shanghai made the first video call from 5G foldable phone Huawei Mate X to 5G on 5G.
No SIM card will get the benefit of service
It was also said that after fully operational operation the consumers would be able to take advantage of the 5G service without changing the SIM card. You can estimate the benefits of starting the 5G service, so that the movie you download in minutes and the same movie will be downloaded in seconds after 5G.