Jan 17, 2020
Loading...
USNMix Report: Why are social media users upset?
Social media has become an important part of our life. Whenever there is a little time, we start rinsing our Facebook feed, Instagram or Twitter timeline. Ever wondered how social media pictures affect your mind? Then whether it is your friend’s holiday photos or a celebrity’s photo taken in the gym. How do these pictures affect your thinking about yourself?
Photos of celebrities are presented on social media by making them beautiful in an artificial way. Thin-skinny model photographs portray the world as a symbol of slim physique. In such a situation, the pictures that are presented by cutting or editing on social media have a profound effect on the thinking of people. However, with the right use of social media, we can also make ourselves feel good by looking at these pictures or at least to stop feeling bad.
Affects the brain
Social media is not an old thing yet. So, research on its effect is not too old yet. Therefore, based on these research, it is not right to come to any conclusion. However, we do get some hints from these research. For example, we cannot prove that by constantly watching Facebook, negative feelings are generated in someone. But, it is definitely known that people who are constantly getting entangled in Facebook are worried about showing themselves beautiful. 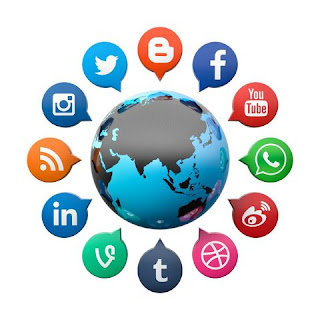 By seeing good pictures of others on social media, people start to think of themselves as inferior. Good pictures of others on Instagram and other platforms have such an effect that people start thinking about themselves negatively. Just having a look on social media has a different effect and if you take a selfie and edit it and present yourself to the world by making yourself better, then it has a mental effect. Because you are influenced by celebrities or people who are beautiful or handsome in your eyes. Research shows that who we compare is an important aspect.
Inferiority complex
Jasmine Fardule of Macquarie University in Sydney has done research in this regard. Jasmine says, “People start comparing themselves to photos uploaded on Instagram. Often such people underestimate themselves. ”Jasmine asked 227 students of the university about this. She told that she finds herself less beautiful than the people around her. She considers herself less than celebrities.
People, who knew these girls very little, had more inferiority complex. Jasmine says that the people we know more about are aware of their real beauty. At the same time, we take care of the beauty of those whom we are away from. While on social media people often present themselves exaggeratedly.
Negative impact
Although every picture on social media has a negative impact on you, it is not necessary either. Many people post pictures of themselves, putting a lot on social media. Sometimes these pictures are true, and sometimes show off too. In 2017, Amy Slater of Bristol University, UK, did research. Amy spoke to 160 university students.
The pictures of students who saw only exercises on social media had negative effects on their minds. At the same time, those who read inspirational statements, such as ‘Be whoever you are good’, had a negative effect on them. She did not fall prey to inferiority complex about her body. Another research last year showed 195 young women praising her. Some of these were shown pictures of women wearing bikinis, or posing with exercises.
Selfie love
There is a lot of trend among people to take selfies. Wherever, taking selfie and putting it on your Instagram or Facebook page is enough. Many people also post real photos by decorating them in artificial ways. Jennifer Mills of York University in Toronto conducted an experiment among selfie enthusiasts. He asked a group of girl students to take their pictures on Facebook or Instagram.
Some students were allowed to take only one photograph. At the same time, some other students were allowed to take selfies in the desired number of selfies. If she wanted, she could also edit her selfie. Jennifer and her colleagues noticed that most of the young women taking selfies did not trust their beauty. Those who were allowed to tamper with the photo were also considering themselves as inferior. He complained why he was not as beautiful as others.
Loss of confidence
A research in 2017 said that people who spend more time uploading selfies after taking selfies are victims of lack of self-confidence. However, the research on social media is not very old yet. The era of social media itself was not very old. Therefore, it is certainly not right to make claims regarding its effect. Again, most of the research has been focused on women.
However, the results of research on social media and men also point in this direction. Men who see more pictures related to fitness tend to think negatively about their own bodies. Jasmine says that there should be more research on social media. Only then will we be able to reach any conclusion with respect to its effect.
What you should do?
If you don’t want to feel bad about yourself, keep your phone or iPad. Take time for some other work. Do such things, which has nothing to do with anyone’s beauty or strength. The second thing is that you see who you follow on social media. Is there a flood of needless pictures on your timeline? If so, revisit those you follow in your social media account. Now it is impossible to completely stay away from social media. But, if you get natural beauty pictures, good food and pictures of animals on your timeline, then you will feel better.