Skip to content
Loading...
USNMix Report: KYC has to be done before using social media,
government is bringing law.
A few days ago a report came in which stated that the social media account has to be linked to Aadhaar. There was a lot of uproar after this report. At the same time, the government is soon going to introduce a new bill in the current session of Parliament, after which crores of users using social media may have to get their verification done. After this bill is passed, users will have to get KYC (Know Your Customer) first to use apps like WhatsApp, Facebook, Instagram, TikTok. Let’s know about it in detail.
Why is this bill being brought
The government will bring this bill so that the spread of fake news can be curbed. For this, these companies will have to develop such a mechanism on their own. At the same time, companies will also have to show this verification in public, as in Twitter. According to a Reuters report, users have to do their KYC. For this, they will be able to give government documents like PAN card, Aadhaar card, Voter ID card or passport. This will help the government in removing fake accounts running on social media and getting their information. 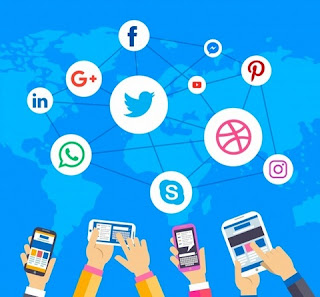 30 people have died due to fake news

According to IndiaSpend, 30 people have died from 2017 to 2018 due to fake news. At the same time, WhatsApp had reduced the limit of forwarding messages to five to prevent its spread. At the same time, Facebook and other companies opposed it, because many people do not have any document to give verification. The stewards responsible for stealing personal data can now face a jail term of three years and a fine of up to Rs 15 crore or four per cent of its global turnover. After the Cabinet approved the Personal Data Protection Bill, 2019, the officials said that in this bill many provisions have been made to stop the theft or misuse of personal data.
Companies will be fined heavily for data leaks
Now the government will introduce a bill for this in the ongoing winter session in Parliament. Information and Broadcasting Minister Prakash Javadekar has said that the bill will first be discussed in Parliament. The Ministry of Electronics and Information Technology has forwarded the bill to the Cabinet and the Ministry of Telecommunications and Information Technology. According to this bill, no private or government institution can use a person’s data without his permission. This can be done for medical emergencies and for state or center benefit schemes. Any person will have important rights with respect to his data. The concerned person can ask for improvement in his data or access to his data with the organization. However, the government can opt for this by not requiring verification.

It’s up to Government to take a call on Huawei issue: TRAI

Google and Facebook are a threat to Human Rights: Amnesty International