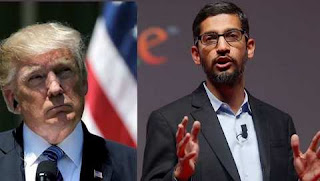 Fully devoted to the US Army
He said, ‘Now I got beautiful with Pichai. Pichai said with confidence that he was completely devoted to the US Army, not the Chinese army. The American president said, “Political fairness and discussing all things with Pichai. In which Google can do something for the country. The meeting concluded very well.’ There is currently no tweet regarding the meeting from Pichai.
Google happy with the conversation with the President
However, a Google spokesman said the company was very happy with the talks with the President. He said, “We are pleased with the fruitful dialogue with the President about the growth of emerging technologies and our commitment to working with the US Government.”