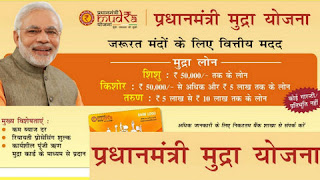 In the latest data of the Finance Ministry, it said that in the financial year so far, more than 3.89 crore currency loans have been sanctioned. According to the budget of the financial year 2018-19, the government has set a target of disbursing Rs 3 lakh crore in the current financial year. In the financial year 2017-18, a loan of Rs 2,46,437.40 crore has been distributed under this scheme which is more than the target. In fact, over the last financial year, the loan distribution has been more than the target.
The currency scheme started on April 8, 2015. Under this scheme, loans up to Rs 10 lakhs are to be given to non-corporate, non-agricultural small and small units. While presenting the budget for 2019-20, Piyush Goyal had said that under the Mudra scheme 15.56 crore loans of Rs 7.23 lakh crore have been sanctioned so far.