May 22, 2019
Loading...
USNMix Report: Tech Mahindra urges to launch auction of 5G spectrum;
Do not stay away from other countries.
In the past, the country’s largest telecom company Vodafone Idea had recently said that 5G spectrum auction should not be done before 2020.
The telecom department should start the auction of 5G spectrum in the country as regulators from many other countries have already made policies for it and have started spectrum auction. A senior official of IT Sector Company Tech Mahindra said this on Tuesday. Manish Vyas, Chief Executive Officer (CEO) of Tech Mahindra (Communications Business) and Network Services said that 4G services have not been reached in all parts of the country, although this work has been done extensively. On the other hand, there are definitely some bustle for the 5G tests. 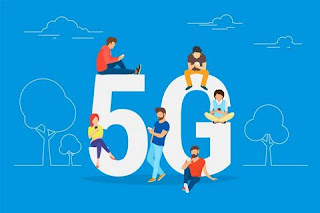 Vyas said that the problem of technology in this matter is more than technology, the regulatory body policy is about the 5G spectrum. He said that the license given by the Department of Telecom in the form of a test has to be amended. Unless this happens, the area will have to wait. He said that the US, Australia, Italy, Switzerland, Saudi Arabia and some other countries have started auction of 5G spectrum. At the global level the regulator is issuing the medium bank (3.5 GHz) license for 5G. On the other hand, some other countries are being licensed in the mm wave spectrum band.
He said that first 5G spectrum auction is essential for starting 5G networks in India. Everything will depend on the spectrum itself. Vodafone Idea, the country’s largest telecom company, recently said that the 5G spectrum auction should not be done before 2020 as the industry needs to confirm to India’s next generation technology to suit India.