Jul 8, 2019
Loading...
USNMix Report: The cheapest smartphone will launch on 10th July,
Redmi will get the collision.
Tecno Mobile, a technology company of Hong Kong’s technology company Transsion Holdings, is launching its flagship smartphone series Phantom in India on July 10. The price of smartphones in this series is less than Rs 15,000.

According to the smartphone industry sources, the phantom series brought in with the aim of breaking the affordable smartphone segment in India could give tough competition to the Redmi Note 7 and Reimi 3 Pro. The Phantom Series smartphones cost less than Rs 15,000. 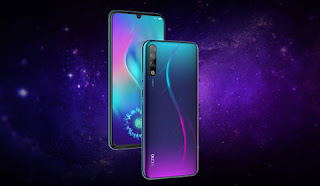 The possibility of having a trendy app

There are three series of Tecno smartphones globally. There is a spark, the first smartphone for youth, the second is Cayman, which is a camera-centric popular series and is the main series of the third Phantom brand. Phantom is likely to have trendy apps such as advanced artificial intelligence (AI) based applications such as in-display fingerprint sensor, voice assistant and language support.
Sources of mobile industry said, “RAM can be more than four GB in the phone, dot-dot display, multiple rear cameras, high-resolution front snappers for selfies.” At present, no smartphone available with in-display figurine sensor is available for less than Rs 15,000.