Loading...
USNMix Report: Tesla CEO Elon Musk said goodbye to Twitter,
he can join in Reddit.
Elon Musk, CEO of electric and automatic carmaker Tesla, announced the microblogging site Twitter to leave. Elon Musk has given this information by tweeting. Along with this announcement, he has tweeted another in which he has praised the social site Reddit. It is being said that Elon Musk can join Reddit.
What did Elon Musk say in the tweet?
Announcing leaving Twitter, Musk said, ‘I’m not convinced for Twitter. Reddit seems good. Going offline Let us know that Elon Musk has been caught in controversy many times over his tweet. 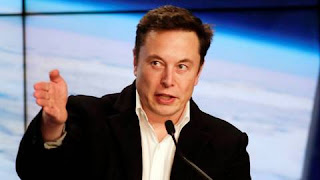 He once tweeted a British man saying ‘pedo cow’, which is under trial for him. The case is scheduled to be heard on December 2 this year. Explain that the person thought the pedo cow to be a pedophile, although Musk later said he did not mean it.
Significantly, last year, there was a ruckus over a tweet by Elon Musk in which he made objectionable remarks on a British diver rescuing 12 children trapped in a cave in Thailand. The diver also filed a defamation case against Musk. Let us know that Elon Musk has 2.91 crore followers on Twitter, although his account was active till the time of writing the news.