Skip to content
Loading...
USNMix Report: The company is turning down the business
of Smartphones from India!
To reduce production costs, the company has already built a new factory in Thailand by shutting down Beijing’s smartphone factory …
In the Indian market, Vivo, Oppo, Samsung, Redme, Realme were lagging behind in competition with the brand’s smartphones. Finally, Sony is turning their business from India. This electronics giant of Japan is now seeking to expand business in countries like Japan, Taiwan, Hong Kong and Europe. Sony has decided to move its production unit from Beijing to Thailand. 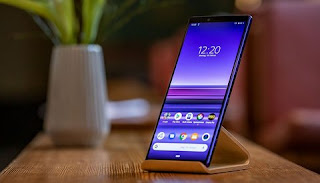 It has been known that new investment will be closed in countries such as India, New Zealand, Australia, Africa and Arabia. Sony has decided to cut costs up to 50 percent in various sectors. All actions will be taken to implement this decision by 2020. As part of this, approximately 50 percent of the Smartphone company employees can be pruned. So about 2,000 people lose the job!
India, New Zealand, Australia and including many more countries, Sony have been gradually rolling out their own businesses, yet they still want to earn most profit by selling Smartphone. Sony has already built a new factory in Thailand to shut down Beijing’s Smartphone factory to reduce production costs. The remaining decisions will be implemented in the next few months to reduce costs.

Jio and Airtel users can make VoWiFi Calls on the mobile