Feb 24, 2019
USNMix Report: Instruction of TRAI, a kind of channel visible in one place,
otherwise take tough action.
TRAI also said that if the channel repeats, then strict action will be taken.
Telecom Regulator TRAI has asked the television channel distributors to ensure that the same channels should be kept together and one channel was seen in one place as it said in the rules. The regulator said that if it does not, action will be taken against the concerned distributor. Following the complaint of customers, the Telecom Regulatory Authority of India (TRAI) gave this direction. This directive is important from the customer’s perspective, because keeping the same channels together does not make them difficult to find it. On the other hand, appearing on more than one vessel of the same channel has an impact on its visibility and rating. 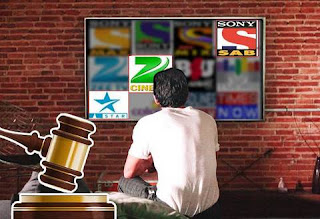 The latest instruction has been issued to the distributors of TV channels. This includes DTH executives and multi system operators. The complaint was received after TRAI kept one type of channel separately and the same channel was shown in several places. In his directive, TRAI said, “… to protect the interests of service providers and customers and for the continuous development of the area, all the television channel distributors are instructed to ensure that they share the same channels in one place It says, “A channel should be visible in one place only.” It says, “If it does not comply, action will be taken against the respective distributors under the provisions of TRAI law.”
TRAI consultant (broadcast) Arvind Kumar told PTI, “The directive has come into force with immediate effect and TV channel distributors have been asked to strictly follow it. This instruction has been issued to ensure that there is no problem with the customers. “According to the provision of regulatory service quality regulation, each broadcaster will have to declare that under the category of devotion, general, entertainment, cinema and news, Which category of their channels do they fall in? It came into effect in July 2018.