Loading...
USNMix Report: Twitter CEO Dorsey likes this search engine more than Google,
read full news.
In today’s era, all people use Google to search for anything. In addition, Google also continues to introduce new features to improve its search engine. But Twitter’s chief officer Jack Dorsey doesn’t like Google much. He has shared this information on his official Twitter. He has stated in the tweet that he prefers to use the DuckDuckGo search engine instead of Google.

I love @DuckDuckGo. My default search engine for a while now. The app is even better!

Twitter CEO Jack Dorsey wrote in his tweet that I love DuckDuckGo search engine. Right now I am using this same search engine. He has further written that this engine is amazing. 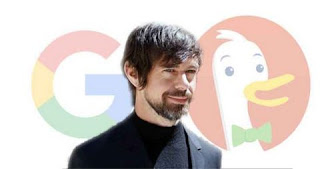