Nov 23, 2019
Loading...
USNMix Report: Twitter launched a special feature,
now it will be able to hide annoying replies.
Legendary social media company Twitter has launched the Hide Reply feature for users. Now users will be able to easily hide outrageous and annoying replies. The company has introduced this feature keeping in mind the safety of users. So let’s know about this new feature of Twitter.
Twitter gave a statement
Twitter has said about the new feature that users will be able to see the highlighted reply by clicking on the gray icon, but let us tell you that this reply will not be active. Also, with this feature, users will be able to hold a good post on their posts. On the other hand, the users who have replying are still able to see the entire convergence. 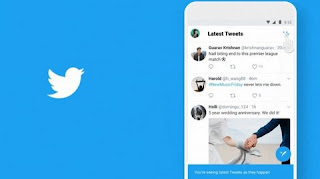