Loading...
USNMix Report: Why is the opposition of Twitter happening in India,
will Mastodon replace it?
Micro-blogging site Twitter is being strongly opposed in India. Twitter has been accused of being racist and has been running hashtags #cancelallBlueTicksinIndia, #TwitterHatesSCSTOBCMuslims, #CasteistTwitter, #JaiBhimTwitter. Many users have also spoken of boycotting Twitter. At the same time, on the caste-related controversy, Twitter has said in a statement that the company has never been biased on the rules ranging from policy to feature. Twitter says that it does not take decisions based on any political and any particular ideology. Explain that the number of Twitter users in India alone is more than 30 million.
Mastodon came in front
The name of Mastodon, a social networking site similar to that, has surfaced amid controversy over Twitter. Mastodon is an open source network where users can share posts, comment, follow each other, light photos and videos. But there is a problem with it that it is an open source platform i.e. it has no ownership. In this case, people are very scared of privacy in the case of mastodon use. 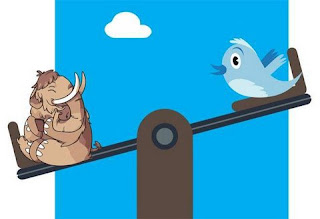 Mastodan was launched in 2016
Mastodon was launched in October 2016, during which time the company claimed that there were 2.2 million users after that. Please tell that currently Twitter has 300 million or more than 300 million users. Mastodon has suddenly come into trend amid allegations of being racist on Twitter, although reports have not yet been made as to how many people have created their accounts on Mastodon.