May 30, 2020
Loading...
USNMix Report: Schedule feature released for Twitter desktop users,
use this way
Twitter desktop will be able to schedule tweet without third party
Earlier, schedules were used through Tweetdeck.
Microblogging site Twitter has released the feature of the schedule giving big gifts to its users. This feature on the web version of Twitter has been released for users worldwide. Before that, the facility of scheduling tweets was available only on Tweetdeck.
On the desktop version of Twitter, now a calendar icon will also appear after the photo, gif, poll and emoji, by clicking on it you can schedule any of your tweets. After this, it will be automatically tweeted at the time you decide. This feature was being tested since November last year. 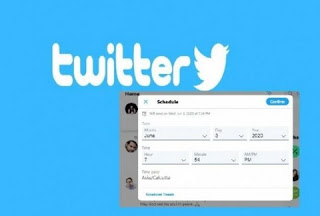 So far, countless people can reply to a tweet. Twitter has tweeted about the testing of this feature. After the new update of Twitter, users will have the right to whom they are replying on any of their tweets and who is not. For this setting, users will get three options, including Everyone, People You Follow and Only People You Mention.