May 17, 2019
Loading...
USNMix Report: America has blacklisted this big company in China,
the agitation will increase in both countries!
In a trade war with China, American President Donald Trump has signed an executive order to stop US companies from imposing a telecommunications equipment made abroad. These devices can pose a threat to national security. This step has been taken to keep China’s big telecommunications company Huawei away from American networks. There is a possibility of a clash in China and the United States. There is already a dispute between the two countries regarding Huawei.
A network of threats may arise from espionage
The United States believes that the Huawei could create a threat to the intelligence of the Western infrastructure network. This order will apply in the coming days. Under this, Huawei will need to obtain a license from the U.S. government to buy American technology. The US Department of Commerce’s Bureau of Industry and Security (BIS) has announced that it will include the Huawei Technologies Company Limited and its affiliates in the listing list of the Entity List. 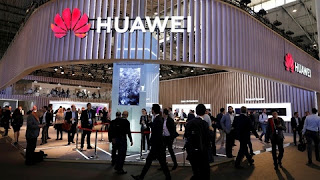 The Bureau of Industry and Security comprises foreign entities – such as individuals, companies, businesses, research institutes or government organizations working against national security and foreign policy interests. The Department of Commerce has alleged that the activities of Huawei are against US national security or foreign policy interests. The company or person involved in this list needs BIS license to sell or transfer American technology. If the sale or transfer is harm to American security or foreign policy then licenses can be refused.
This step will be effective when published in the Federal Register. Commerce Minister Wilbur Ross said, “With the cooperation of the American President, this action of the Department of Commerce and Industry of the Commerce Department will be included in the listing list. Huawei is the world’s largest telecommunications equipment manufacturer. ‘ Ross said that this move will prevent the foreign-owned unit from using US technology in ways that potentially weaken US national security or foreign policy interests. He said that this step has been taken on the instructions of Trump.