US can take immediate action on Boeing if needed

Mar 12, 2019
Loading...
USNMix Report: ‘America can take immediate action on Boeing if needed’.
US aviation sector regulator Boeing ordered to improve its 737 Max-8. These improvements include ‘anti-stalling software’ to prevent the sudden shutdown of the engine.
The Federal Aviation Administration (FAA) on Monday said to international civil aviation authorities that “these changes in design will have to be done before every April-before.” However, the US has not yet stopped operating the Boeing planes. 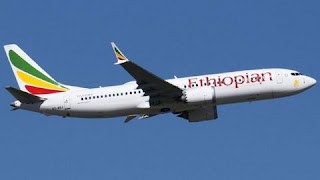 Boeing is also ready to update the guidelines of its training course and crew members according to the changes. Earlier, the FAA had said that it has periodically assessed and reviewed the safety performance of American commercial aircraft. According to FAA’s statement, if they get any security related to security, then they take immediate and appropriate action on it.
FAA informed global civil aviation regulators that they could soon share security information related to Boeing’s 737 Max-8. It is worth noting that on Sunday morning, a Boeing 737 Max-8 plane crashed in Addis Ababa, Ethiopia, killing all 157 people aboard. Earlier this year, in October 2018, the plane of Boeing crashed in Indonesia, in which 189 people died.