Feb 14, 2019
USNMix Report: The huge burden of debt on the US government,
the figure reached over $ 22 billion.
The US public debt record reached a record high of $ 22,000 billion. This information has been received from the figures released by the US Department of Finance. The daily statement issued by the department was told that on February 11, the amount of debt reached $ 22,000 billion. Peter G., a non-partisan organization dedicated to America’s long-term fiscal challenges. 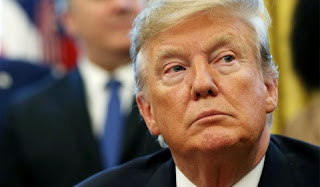 Peterson Foundation Chief Executive Officer Michael A. Peterson said, “The national debt has now reached $ 22,000 billion ($ 22 trillion) because we have added 1,000 billion debt in the last 11 months.”
The Congressional Budget Office (CBO) had estimated in January that the federal budgetary loss would be $ 900 billion in 2019 and it would be more than $ 1,000 billion annually from 2022. According to the CBO, due to the ever-increasing deficit, US public debt will reach 93 percent of its GDP by 2029, and by 2049 it will be 150 percent of GDP.
Former Federal Reserve Chairman Alan Greenspan has warned that due to rising public debt in the US, the next economic downturn could come. Analysts say the tax rebate of $ 1,500 billion by the Trump Administration and the increase in government expenditure have made rapid increase in both budgetary deficits and public debt.