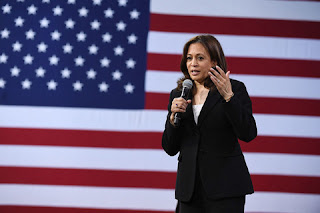 She is currently a Senate from California, where Facebook is the headquarters including other American IT companies. Harris said in an interview with CNN on Sunday that Facebook has made a lot of growth and has kept its business growth above the rights of consumers, especially the right to their privacy.
She said, “I think we should seriously look at it. When you see it, it’s essentially a useful public service. There are very few people who have survived. Everyone is using Facebook at some level in their community and society and in their profession. It is very difficult to connect people without Facebook on any level of commerce.”
Harris said, “So we have to identify that which is in fact it is. This is essential service and it is not within the scope of regulation. As far as I’m concerned, it should be stopped on its irregularity. “Earlier, another Democrat candidate for the 2020 presidential election, Senate Elizabeth Warren, also emphasized the possibility of sharing the Facebook.