Loading...
USNMix Report: Vivo S1 will launch on August 7,
Learn what can be the features and price.
Vivo has made Sarah Ali Khan the brand ambassador of Vivo S1.
After launch in China and Thailand, Chinese smartphone maker Vivo has announced the date of launch of the Vivo S1 in the Indian market. According to the information shared by the company, this smartphone will be launched on August 7 in the Indian market. The company has decided to make Bollywood actor Sarah Ali Khan a brand ambassador. Many videos have been tweeted on Sara’s official Twitter handle. There are also many features about video tweets. Like Triple Rear Camera Setup has been given. Water drop for the Self camera has been given to Nokia. These display fingerprint sensor features have also been included. It is expected that the feature which is given in the International Model, with the same feature will be launched in India. 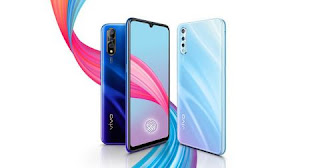 The International Model’s display is 6.38 inches (AMOLED) and a self-camera with Water Drop Notch. It has the Octa Core Media Tech Helio P65 processor. Its RAM is 4 GB and internal memory is up to 128 GB. It is expected that many of these variants can be launched.
In the international model, 16MP + 8MP + 2MP triple rear camera setup has been given. The selfie camera is 32MP. Its battery is 4500mAh. Speaking of the price, it can be between 17,000 and 20000 rupees. Recently Vivo S1 has been launched in Indonesia, which has an Indian value of around Rs. 17,800.