Dec 9, 2019
USNMix Report: Vivo V17 will be launched in India today,
you will get amazing features.
China’s smartphone maker company Vivo is about to launch V17 latest smartphone in India today. The company first introduced the Vivo V17 smartphone in Russia. Earlier, the company has launched Vivo V17 Pro and S1 in the Indian market. According to media reports, people will get support of superb processor, camera and display in V17 smartphone.
Also, many reports related to this phone were leaked, in which information about the price and specification was found. At the same time, the live event of Vivo V17 will start from 12 o’clock today, which can be seen on the company’s official YouTube channel. So let’s know about the potential price and specification of Vivo V17. 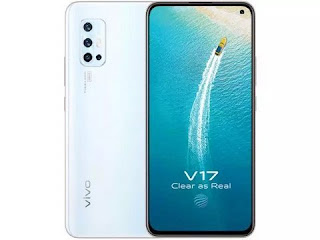 Vivo V17 Price
The company introduced a variant of 8 GB RAM and 128 GB internal storage of this phone in Russia with a price tag of 22,990 Russian rubles (about 25,800 rupees). At the same time, the company can keep the price of Vivo V17 between 25,000 and 30,000 in India.
Vivo V17 specification
The company has given a 6.38 inch Full HD Plus display in this phone, which has a resolution of 1080×2340 pixels. Also, Qualcomm Snapdragon 665 processor has been given for better performance in this phone. At the same time, this phone works on Funtouch OS 9.2 and Android 9 Pie.
Vivo V17 Camera
Talking about the camera, users will get a quad camera setup in this phone, which has a 48 megapixel primary sensor, 8 megapixel ultra wide angle, a 2 megapixel macro lens and a 2 megapixel depth sensor. In addition, the company has given a 32 megapixel camera in the front of the phone.
Vivo V17 Connectivity and Battery
In terms of connectivity, Vivo has given features like Bluetooth 5.0, Dual 4G, Dual Band Wi-Fi, USB Type-C port and NFC support in this phone. In addition, users will get 4,500 mAh battery.