Skip to content
Loading...
USNMix Report: Vodafone dismissed news of leaving India as ‘rumor’.
Vodafone has been experiencing temporary financial loss.
One News agency claimed that Vodafone would no longer exist. Vodafone, a popular telecommunications company, will be moving any day from India to other country. Vodafone dismissed the news as ‘rumors’. Vodafone said they have no such plan.
A news agency claims that Vodafone has already begun preparing to cut business from India. They said Vodafone has been facing a downturn in the competition market for the past few months. In a short time, they have lost many customers. 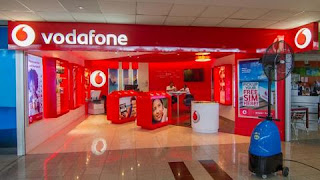 Similar is the case with Vodafone’s partner company Idea. They too have lost millions of customers in the last few months. According to sources, the two companies have not seen the face of profit for a long time. In this situation it is not possible for them to continue their business.
Vodafone has claimed that the issue is completely false. Vodafone issued a statement on Wednesday, calling it a rumor, saying yes, they were temporarily facing financial loss, but they did not appeal to anyone to reduce their debt.

Fastag sale can now be introduced online through Amazon