Mar 4, 2019
Loading...
USNMix Report: Aadhaar’s voluntary use Ordinance will not be approved by
the President, in these works.
This change has also been made in the Aadhar law that anyone after 18 years of age, any child can opt to exit the Aadhar program.
President Ramnath Kovind has approved the Ordinance that recognizes the voluntary use of Aadhaar as the identity card for taking mobile SIM card and opening bank account. Ordinance was released on Saturday. The bill related to this was not passed in the Rajya Sabha after passing the Lok Sabha, due to which the government had to bring this ordinance. 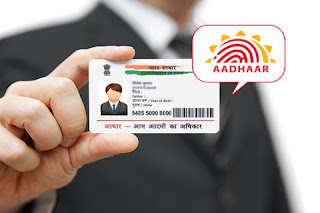 The Cabinet had approved the ordinance last week to implement the proposed changes in the Aadhaar and two other bills. In the amendment there is a provision for stringent penalties for the violation of rules and privacy related to the use of the Aadhaar.
In the Ordinance, any person has been prohibited from providing the information of the biological identification and the Aadhaar number given to the certification by the service provider. This change has also been made in the Aadhar laws through the ordinance that after any 18 years of age, a child can opt to exit the Aadhar program. It is also ensured in the ordinance that if the bank account is to be opened or the mobile phone SIM card is taken, the consumer can not be ruled out of any service in the absence of presenting the Aadhaar.
In this, there is a provision of an additional fine of Rs 10 lakh per day in case of non-compliance of financial penalty of up to Rs 1 crore and continuing to not comply on the bodies which violate the provisions. In the event of illegal use of the Aadhaar, the provision for imprisonment up to three years and up to Rs 10,000 has been made. If the illegal company used to be a company then the penalty can be up to one lakh rupees. Section 57 of the Aadhaar law has been removed through ordinance. This section is linked to the use of the Aadhaar by private companies, units.