Skip to content
Loading...
USNMix Report: There is a dent in people’s bank accounts everyday,
what is the government’s plan to save?
The cyber attack at Kodankulam, India’s largest nuclear plant in Tamil Nadu, made headlines last month. After the news spread, it is being discussed that whether India is fully prepared for any cyber attack, can it protect its critical infrastructure from digital attacks that are harmful? This debate has given rise to another big issue, is India ready to avoid the debit card hacker and other financial fraud, as it is the issue of crores of people of India. Let us understand in detail how money is being lost from the account of common people.
Last month, the Reserve Bank of India gave a warning to banks. The warning comes after a warning from Singapore-based cyber security firm Group-IB, which said that details of about 1.2 million debit cards are available online. Last year, hackers forged fraudulent withdrawals of Rs 90 crore from the accounts of Cosmos Bank in Pune by cyber attacks on the bank’s data supplier. 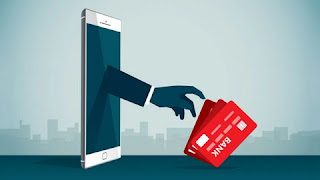 How much danger of cyber attacks?
Arun Mohan Sukumar, head of the Cyber Initiative of the Observer Research Foundation, told the BBC, “It is easy to attack India’s financial system as we still depend on international banking networks like Swift for transactions. It is easy to attack because of international gateways . ”
A report by cyber security company Simon Tech states that India is among the top three targets for such cyber attacks.
However, this will decrease due to India’s large digital population. Every month the population of France is connecting with computers in India and this is the biggest concern because for the first time the users of internet are also being asked to make digital payments. For example, in November 2016, the Government of India abruptly banned the circulation of 500 and 1000 rupee notes, which were 80 per cent of the total amount in the country. As an alternative to this, Prime Minister Narendra Modi promoted digital payments.
Whether the Indian payment platform is Paytm or the international platform is Google, the business of both has increased significantly in India. According to a Credit Suisse report, by 2023, mobile payments will start in India by one trillion dollars. The use of credit and debit cards is also very popular. Today, around 90 crore cards are being used in India.
Technology expert Prashant Rai told the BBC, “There are a lot of new people using the Internet in India, they have a population of more than 300 million. They are middle class or lower class people who have very low digital literacy. These include different states There are daily wage laborers who do not understand its language, there is a lot of possibility of cheating them. ” Apart from this, Prashant Rai also points to another problem, “The second thing is that there is very little reporting about the fraud of banks, many times consumers do not know what happened?”
What kind of fraud is happening?
Financial fraud occurs in many ways in India. Some hackers install cameras in ATM machines to mimic card skimmers or keyboards. Through this a duplicate of your card is prepared without any doubt. At the same time some hackers call you and try to extract information from you. Prashant Rai explains, “The process of digital transaction in India is blurred and confusing.
In the real world it is known who is taking money and who is giving it, but it is not always clear in the mobile payment platform. For example, a person is selling a table online, someone talks about making a payment online as a buyer. “After this he states that he has made the payment and you will get a code through text message. This will be to ensure payment. Most consumers do not think about it and they tell that person about this code. The next thing he comes to know is that the money has gone out of his account. “
What improvements can there be?
The problem is that the system itself is neither secure nor transparent. In the fraud of Cosmo Bank, it was revealed that the software could not catch the mismatch in the pattern during such a large transaction. By the time the fraud took place, a large amount of money had been lost. With no standard, online transactions are very confusing for first time users. Look at ATM machines for example, there are many types and the interface of each payment app is different. Sukumar also suggests another thing, according to him, it is also a problem of the people, there is a lack of general awareness among the people, due to which they risk themselves and the whole system.
Sukumar explains, “People using the keyboard also need to be cautious. The virus attack at the Kodankulam Nuclear Plant was caused by an employee who had sent a USB outside to the system’s computer Was imposed. This threatened the entire plant system. The same is possible in a bank or financial institution. “
What is the role of the government?
According to Prashant Rai, the responsibility of protecting the financial transactions rests with the government and financial institutions and not the consumers. He explains, “Given the rapid growth of Internet usage in India, it cannot be left to education only. It is not possible for everyone to keep an eye on vicious and efficient hackers as they constantly keep their strategy and Methods keep changing. Regulators are responsible for preventing any fraud. “
Apart from this, the pace of interaction between various cyber security institutions is also very slow. The Computer Emergency Response Team (CERT), which protects India’s digital infrastructure, is often unable to provide timely information about threats to the government. But the Indian government knows the problem. This is the reason why the country is preparing the National Cyber Security Policy for 2020.
It identifies six important areas in which the need for a clear policy is being felt. These include finance security. According to Prashant Rai, every important area within the country should have its own Computer Emergency Response Team (CERT), which should have mutual communication and the government should play the role of convener. In the event of this happening, it will be able to effectively curb the dangers of India’s cashless economy.