Whatsapp digital payment launches in India only after approval from RBI 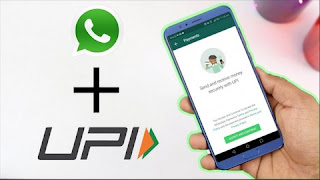 Whatsapp will launch this service all over the world
The news came a few days ago that sending messages to WhatsApp will be available as well as shopping and digital payments. Facebook CEO Mark Zuckerberg had said that the company will start digital payment platform at the global level. He is currently testing it in India. Launch it together in many other countries. The company conducted its successful beta test with 10 million users.
Also question arise on Google Pay
A few days ago, the Delhi High Court sought the response from the central bank and company when the mobile payment wallet started without the Google Pay, in India for the theoretical approval. The High Court had asked that when Google does not have the approval of RBI, then it is operating the payment wallet in India. In fact, a PIL was filed in the High Court. The petition claimed that Google has been working for official approval without app on Google.