Whatsapp Digital Payment Service may be banned in India

Nov 4, 2019
Loading...
USNMix Report: After spying journalists, WhatsApp,
digital payment feature may be banned in trouble.
The instant messaging app Whatsapp is about to launch its digital payment service in India, but it can be stopped due to hacking controversy. Security of data in payments and transactions is a matter of concern for the Government of India. At the same time, the Modi government will first get information on important issues from WhatsApp and only after that will allow the service to start. At the same time, senior government officials have said that it is very important to have a secure platform for the payment service. Also, WhatsApp will soon answer all the important questions of the Ministry of Technology.
Questions raised on security
The senior official has said that questions will definitely arise on the company’s plan and platform after the hacking case. At the same time, the government had sent an e-mail to WhatsApp regarding data security, but no response has been received so far. Let me tell you that at present, more than 40 crore users of WhatsApp are active in India. WhatsApp had tested the payment service with a million users last year. Google Pay and Paytm can face a tough challenge with the digital payment of WhatsApp. 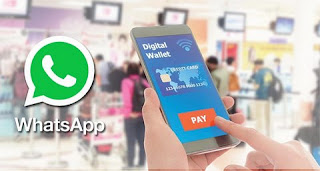 Government of India expressed concern
The government says that discussions have been with WhatsApp since June, but not one did the messaging app share information about the Pegasus hacking. The government has also questioned WhatsApp about the disclosure of the case, although WhatsApp has said that it submitted a report to the government about the hacking itself in May 2019.
Spying on Indian journalists and social workers
Veteran social media app WhatsApp has made serious allegations against Israeli spy company NSO Group, saying that Indian journalists and social activists were spied through Pegasus. At the same time, WhatsApp has also sued the Israeli spy company, confirming the hacking.
Who prepared Pegasus
Pegasus software is developed by a group called NSO of Israel. In February this year, NSO was acquired by its management Francisco partner. Francisco Partners co-founder is Dipanjan Deb, while NSO Group co-founders are Shalev Hulio and Omri Lavie.
It is the NSO Group that has built Pegasus. The group claims that it has created the software to help the government so that the government and security agencies can tackle activities like terrorism. The group was founded in 2010 by three friends as a cyber security intelligence firm. Those who started it are Shalev Hulio Niv Karmi and Omri Lavie.