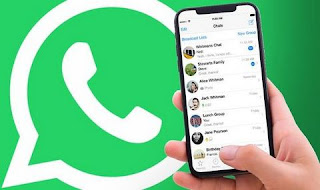 How will this feature work on WhatsApp?
Disappear feature works like group chat. But, in group chat only this feature can be done by the group administrator. Whereas, in normal chat it will appear in the profile menu of a user. Clicking on the ‘Delete Messages’ option will open a window. Through the window the user will be able to select how much time he wants to delete the message. Once you select the option, a small watch icon will appear next to the message on the chat notification. From this, it will be known how long the message will be deleted.
Instagram gave a hint
According to a report, this feature was first seen by reverse engineering expert Jane Manchum Wong and shared it on his Twitter account. In her tweet, Jane shared a GIF, which shows in dark mode how the messages will be automatically deleted on Instagram. In response to this, it has been told in the message from Instagram that he is working on a new feature. However, the company has not given any information about how long this feature will rollout.
Twitter also started testing
According to a report, microblogging site Twitter has also started testing a similar feature. The company has named it Fleets. This feature will allow users to twit such that will disappear automatically after 24 hours. Also, the Fleets will not be able to retweet, like or comment in the post.