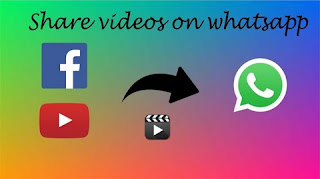 Instant messaging app WhatsApp has made changes to its features. However, this change is for whitespace web users. After the change, videos of Facebook, YouTube and Instagram can now be viewed on WhatsApp. A while ago, Picture-In-Picture mode was introduced for WhatsApp users. But, he used to work only for the shared video.
According to a report, Whatsapp on Facebook, Instagram and YouTube will now be able to watch videos. No need to download these videos to see. However, this feature is only for the Whatsapp version 0.3.2041.
How to update
If you want to update the Whatsapp web version, then Cache will have to be cleared. Apart from this, the browser also needs to be refreshed. If you are using it in a laptop then it can be updated by visiting the Play Store.
In the past, WhatsApp announced the introduction of many features including Dark Mode, Group Call Shortcut. The company had announced that 6 new features will be added this year. Two features have been released under the announcement. After the change in whatsapp, it will be easier to send an audio clip from this messaging app.