Whatsapp Pay to be launched in India soon 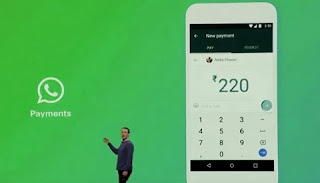 The company has been working on launching WhatsApp Pay in India since the beginning of this year. WhatsApp wants to make it easier for users to pay for apps like Google Pay, Paytm and PhonePe. However, the central bank of India is not seeing WhatsApp Pay at all. The central government and the Reserve Bank have raised concerns over some features of Whatsapp Pay. Zuckerberg said WhatsApp Pay will be launched in compliance with all regulations.
According to the Reserve Bank of India policy, transaction information on a digital platform must be kept on the local server. That is why WhatsApp authorities have created a special system in India.
In this regard, Union Telecom Minister Ravi Shankar Prasad said that there was no problem in initiating WhatsApp Pay if all the RBI rules were followed.