Jan 29, 2019
USNMix Report: Screws on WhatsApp, Skype and Google Duo, TRAI will keep track of all.
In fact, they are also calling with the help of these, so the services are being considered under the regulatory framework.
Whether the over-the-top (OTT) service providers such as WhatsApp and Skype are brought under the purview of regulatory clauses on the Internet, this objection is likely to end by the end of February. It is expected that the Telecom Regulatory Authority of India (TRAI) will decide its rules in this regard. TRAI Chairman R.S. Sharma, In a conversation with PTI-language, Sharma said, “We will soon open debate on this. We hope we will release our recommendations by the end of next month. “ 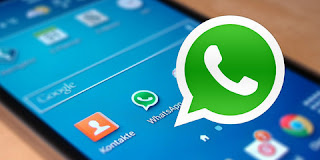 Internet services like Google Duo, Facebook, WhatsApp and Skype are offering callings and messaging services just like mobile service providers. In November last year, TRAI had deliberated on bringing these services under the regulatory framework. Telecommunication companies have long been talking about bringing these apps and OTT services under the regulatory framework. TRAI has also sought the opinion of ordinary people in this regard whether the same rules should be applied to those which have been applied to telecom companies.
Companies like WhatsApp and Facebook are already in the eye of policy makers regarding personal information thefts and fake reports. Any new regulatory framework or licensing need will make more pressure on such applications. According to the COAI of telecom service providers, telecom service providers invest a lot on license fees, spectrum, telecommunication equipment and security equipment. At the same time it seems to be heavy tax on them.
In this way, these apps provide voice-video calls and data services just like telecommunication companies without any regulatory cost, which are ‘inequality’.
In a letter to TRAI, COAI has recommended to bring these services under license. On the other hand, the Internet and Mobile Association of India (IAMI) and Broadband India Forum have opposed the introduction of OTT services under a license or regulatory framework.