May 18, 2019
Loading...
USNMix Report: Update WhatsApp immediately
to protect hackers from now!
Hackers hacking Smartphone one after another via WhatsApp call after false and fake messages.
Hackers trick to trap the smart phone users to get all the necessary information through WhatsApp. After a fake offer message, they are now hacking one Smartphone after another through WhatsApp calls. 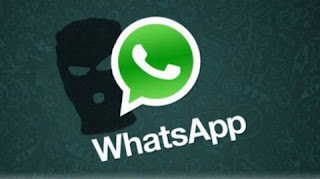 It has been known that personal data information of millions of subscribers in the world has reached to hackers by overtaking the data protection of Whatsapp. WhatsApp has sent new updates to solve this problem The world’s most popular messaging app agency has advised all their customers to activate new updates. If you do not activate a new update, you may face major threats to millions of WhatsApp users.
On Monday, a statement from the agency informed that the problem was found in early May. Online data protection expert John Scott-Railton said that WhatsApp users have nothing to do with this. The malware automatically inserted on the phone through WhatsApp call.
About 150 million people in the world are using WhatsApp. It has been informed by the organization that this problem has been resolved by the new update within 10 May to deal with the hazardous situation quickly. Suggestion of the organization, it is important to download and activate this new WhatsApp update as quickly as possible to avoid hackers.