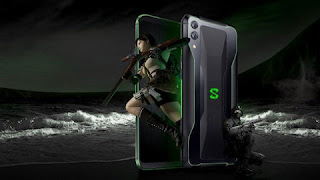 Feature
This smartphone has a 6.39 inch AMOLED display. The Snapdragon 855 processor has been used in Black Shark 2. Liquid Cool 3.0 technology has been used in this smartphone. Its RAM is 12 GB and internal memory is 256 GB. A wafer chamber cooling system has been installed in the phone for better gaming. No matter how much the phone will be hot using it. Some gaming features are also optional.
Other specifications
This smartphone has a 6.39-inch AMOLED display, which has a resolution of 1080 × 2340 pixels. Qualcomm snapdragon 855 processor. Its battery is 4000mAh. Selfie camera is 20 megapixels, with 48MP + 12MP dual rear camera. Explain, Samsung has designed its display, in which a process sensor system has been installed for the gaming facility. This will help the press during gaming.
Price
The price of 6GB + 128GB variants of Xiaomi Black Shark 2 is Rs. 39999 and the cost of 12GB + 256GB variants is Rs. 49999.