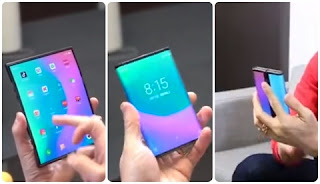 Speaking of the price, the value of Samsung’s Foldable Smartphone starts at 1.4 lakhs. At the same time, Huawei’s phone is worth close to Rs 1.8 lakh. According to the reports, the price of Xiaomi foldable smartphones will be around $ 999 and about 70000 rupees.
Launching is being said that it can be launched till May and June. This phone will be launched in China earlier. After that it will be landed in the global market.
Last year, Xiaomi Vice President Wang Xiang shared a video from his Twitter handle. In this video the company’s co-founder Bin Lin is seen using a foldable smartphone. Wang Xiang tweeted that it is the world’s first double foldable smartphone.