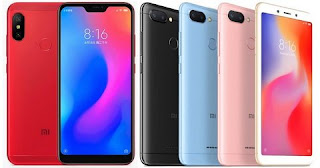 India is a big market in terms of smartphones. Therefore, all the brands in the world are strengthening their hold in the Indian market. There was a time when Nokia was occupied by the Indian smartphone market. After that South Korea’s company Samsung has dominated itself. Nokia ran out of race and during that time the country came to Micromax market for a while. But, he could not stand in front of Samsung for a long time. Meanwhile, Chinese brand Xiaomi has stepped into the Indian market. For years Samsung remained a market leader, but by 2018 the situation changed completely.
According to a report, Chinese brand Xiaomi remains the leading market share of 28.9 percent in the Indian smartphone market in 2018. After this, with 22.4 per cent South Korean brand Samsung and 10 per cent stake, Vivo remained third. This information was given on Tuesday in a report of the International Data Corporation (IDC).
IDC India, Associate Research Manager of Client Devices, Upasana Joshi said, “In 2018, the premium smart phone market surpassed all the other price segments and increased 43.9 per cent year-on-year basis, in which the price segment of 500 to 700 dollar is one-plus Moving forward, Samsung outperformed Apple with its Galaxy S9 series. “
According to the report, the share of online-centric brands was 38.4 per cent at the highest level in 2018 and 42.2 per cent in the fourth quarter of 2018, while the annual increase in offline medium was 6.7 per cent and its growth rate was 5 per cent in the fourth quarter.